Spending the Day at Gettysburg

Minutes away from our Links At Gettysburg community lies Gettysburg National Military Park. Explore the vibrant landscape of this historic site as you participate in ranger-led programs and dive into the events of the Battle at Gettysburg. 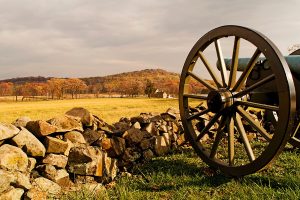 Make your way to Gettysburg June 30-July 4 for the 155th Anniversary of the Battle of Gettysburg. The three-day battle was a significant turning point for the Civil War and the United States as a country. Join National Park Rangers and Licensed Battlefield Guides during the 155th Anniversary for a series of free guided walks and talks that discuss, explore, and reflect on this important chapter in our nation’s history.

Tour the Soldiers National Military Cemetery during your visit to Gettysburg. Explore individual graves and other markers, memorials, and monuments contained within the grounds. Take notice of the different types of gravestone when walking amongst the fallen. Larger grey stones indicate the number of fallen from each state and small marble squares represents soldiers unknown.

Families with children of all ages are encouraged to attend, as special anniversary programs will be given in the Park Museum and Visitor Center. Kids can walk the battlefield grounds with a park ranger during Family History Hikes or enlist with the Union during the Join The Army program. 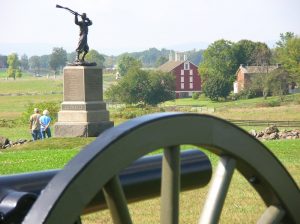 Before your day is done at Gettysburg National Military Park, stop by Eisenhower National Historic Site. Adjacent to the battlefield, guest can tour the farmhouse and grounds of President Dwight D. Eisenhower. The home served as the President’s retreat and was often used to entertain world leaders.  Little has changed in the house since the Eisenhowers were residents, leaving a glimpse of what life was like for the President and First Lady for today’s visitors. 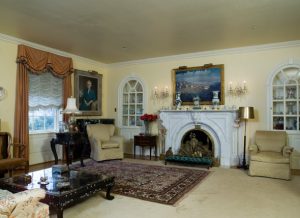 The Links at Gettysburg, 15 minutes from historic Gettysburg Park, is an open care-free maintenance community offering golf, swimming, tennis, walking trails, a clubhouse, and much more!

Hi I’m Stephanie.
How can I help?

As Gemcraft’s Online Sales Concierge, I am here to answer any questions you have and help you take the next step toward your brand new home.

Create a MyGemcraft account to save and share your favorite homes, communities, and interactive floorplans; share photos and documents with your new homes representative; and stay up to date on the latest Gemcraft Homes news.

Login to your MyGemcraft account to view your favorite homes, communities and interactive floorplans; share photos with your new homes representative; and change your preferences.